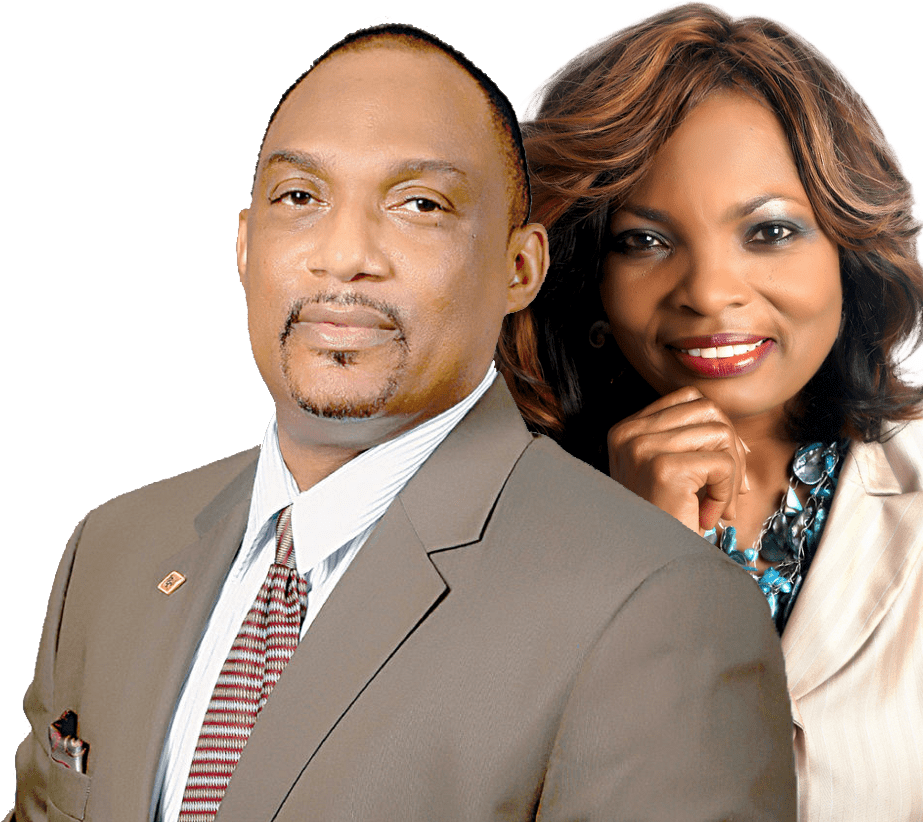 As singles attending BFM, they were drawn to each other and fell in love in 1987. After dating for two years they were married in 1989. Out of this marriage were birthed their two children, Ashley Brittany and Eric John.

This couple from the very beginning of their relationship with God felt His call upon their lives. Consequently, they had a desire to minister to those around them and to anyone who would listen. Over the years they realized that God had given them the gift of teaching, so they made themselves available to serve in this area. Pastor Kersch ministered the Word to men at his home, and in small groups; whilst Pastor Suzette ministered through song and drama. Later, they were given the opportunity to share the word as small group leaders and Youth Pastors under the leadership of Pastors Dave and Angela Burrows.

For a time Pastor Kersch assisted with the Billy Graham Association where he developed a heart for counseling and leading people to Christ. Both he and Pastor Suzette became involved in the Counseling ministry of BFM for many years under the leadership of Pastor Henry Francis. They were further activated in ministry in the early ‘90s by Dr. Myles Munroe and Dr. Richard Pinder serving as Elders, Associate Ministers, and Pastors. Over the years they both served as Presidents of the Men’s and Women’s ministry of BFM.

Presently, Pastor Suzette serves as the Women Of Excellence Ministry’s President. In this role, her desire is to see the women activated in their gifting and purpose.

Prior to serving in ministry, both Pastors Kersch and Suzette worked in the Financial Services industry as bankers in The Bahamas. During this time they obtained a wealth of knowledge in Banking and Finance. This knowledge they now use to ensure that BFM remains solvent as a ministry and operates efficiently and effectively as an organization and church.

Pastors Kersch and Suzette desire is to see all the followers and members of BFM discover their divine purpose in life and to follow the leading of God under the power of the Holy Spirit in order to live out their divine mandate and calling.